Consists in forming a golden core in one's dantian. Once breaking through from Foundation Establishment, the cultivator's lifespan is increased by at least 500 years.

Breaking through from Foundation Establishment to Core Formation is the process of fusing the layers of Spiritual Sea. The fusion of 4 layers is considered good, less than 4 is inferior, 6 layers is extremely rare and 8 layers is very rare to appear even in the Upper Reaches' Sects.

There are three types of Golden Core.

In ancient times, spirit enhancers often attempted to form Will Cores. However, it's fundamentally very dangerous, and nowadays, virtually no one even tries. Only someone completely and utterly confident in their spirit enhancement abilities could attempt it successfully. It’s basically like creating something from nothing!.

“If the spirit enhancer successfully forms the Will Core, he will experience incredible good fortune afterward. But if he fails, he will be killed beyond the shadow of a doubt!” 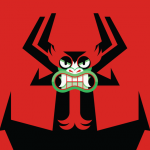