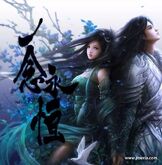 Second official novel cover adopted a few hundred chapters in, and used until the end of the novel.

An early promotional image before the novel was even launched, depicting Bai Xiaochun

Add a photo to this gallery
Retrieved from "https://a-will-eternal.fandom.com/wiki/Bai_Xiaochun/Image_Gallery?oldid=3092"
Community content is available under CC-BY-SA unless otherwise noted.